Loved One in Jail?

Looking for a bondsman in West Palm Beach? Our agents work fast because we know that sitting in jail is difficult – both for the arrested person and their loved ones. The hours immediately after an arrest are crucial. You need a bail agent with years of experience who will fight on your behalf for the quick release of your loved one. You need experience, compassion, knowledge, and fast action. Choose our agency and you will have the best agents fighting for the release of your friend or family member.

NO Bond Too Big or Small

No Collateral required for Most Bonds

What is Bail & What is a Bond?

Bail is a very unique and beneficial system that allows for an arrested person to be released from jail as they await their trial. When a person is arrested, the courts treat them as innocent until proven guilty, and bail allows them to be released and live their lives as they await their trial to take place. Without bail, people would lose their jobs, and families would suffer as the arrested person would sit in jail until the completion of their criminal case. Often, paying bail outright is impossible, as bail can be high, and the full amount must be paid in cash. This is where obtaining bail bonds in West Palm Beach, FL comes in. When you work with a bail agent, you don’t have to pay the full amount. Instead, you pay a premium to the agent (usually a small percentage of the full bail amount), and they post the bond for you.

Don’t know what to expect during the entire arrest/booking/bail bonding process? Here’s an overview of what will take place, and how you can best help your loved one by obtaining bail bonds in West Palm Beach county. If you have any questions, don’t hesitate to give us a call!

When a person is arrested, they will be taken to the nearest jail (or the jail in the jurisdiction where the alleged crime took place) for booking. This includes fingerprinting, mug shots, a background check, and a nationwide warrant search. Next, the defendant will be searched for contraband, and all their personal items will be confiscated and held until their release. This process takes anywhere from 4-8 hours, depending on each jail.

Once a defendant has completed the booking process, their bail amount will be set. Bail is determined by a number of factors, including the severity of the alleged crime that was committed and the defendant's criminal history. In some cases, bail is set automatically, and in others, the defendant must appear before a judge to set bail. Once bail is set, you can begin working with a bondsman in West Palm Beach to obtain a bond.

Give Us a Call

Once a defendant has gone through the booking process and bail has been set, they will be able to make a phone call to speak with a bail agent, lawyer, or friend. In the local county jail, however, calls are only made collect (meaning they cost money to place a call). Our agency is setup to collect calls from the jail, so working through us will speed up the process and allow you to get your loved one released and back home quickly.

When you obtain bail bonds in Palm Beach for a loved one in ail, you will need a co-signer, or indemnitor. Upon signing the bond, the indemnitor is held financially responsible for the contract, and therefore must make sure the defendant makes it to all court appearances (or risk having to pay the full bail amount). Obtaining a bond is easy: Simply give us a call, fill out and sign the forms, and we'll do the rest. Your loved one will be released fast!

We are a professional bail agency providing bail bonds in West Palm Beach FL. We have state-licensed agents who are able to service across the entire U.S. Each one of them is professional, and helpful, and will answer any questions you have during this often difficult process. We are available 24/7 and pride ourselves on getting you released from custody faster than any other agency in the area. 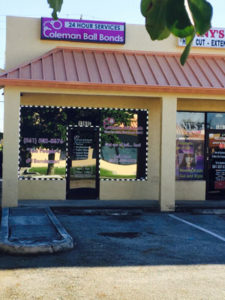 Did You Get a PHone Call?

Get Your Loved One Home FAST!

Each of our bondsman are available to provide 24 hour bail bonds in West Palm Beach so that your loved ones don’t sit in jail any longer than they have to. Give us a call to get answers to all your questions about Palm Beach County bonds and the bail process.